DOKU.TECH brings to Prizren on the 6th of August the famous author, Dan McQuillan 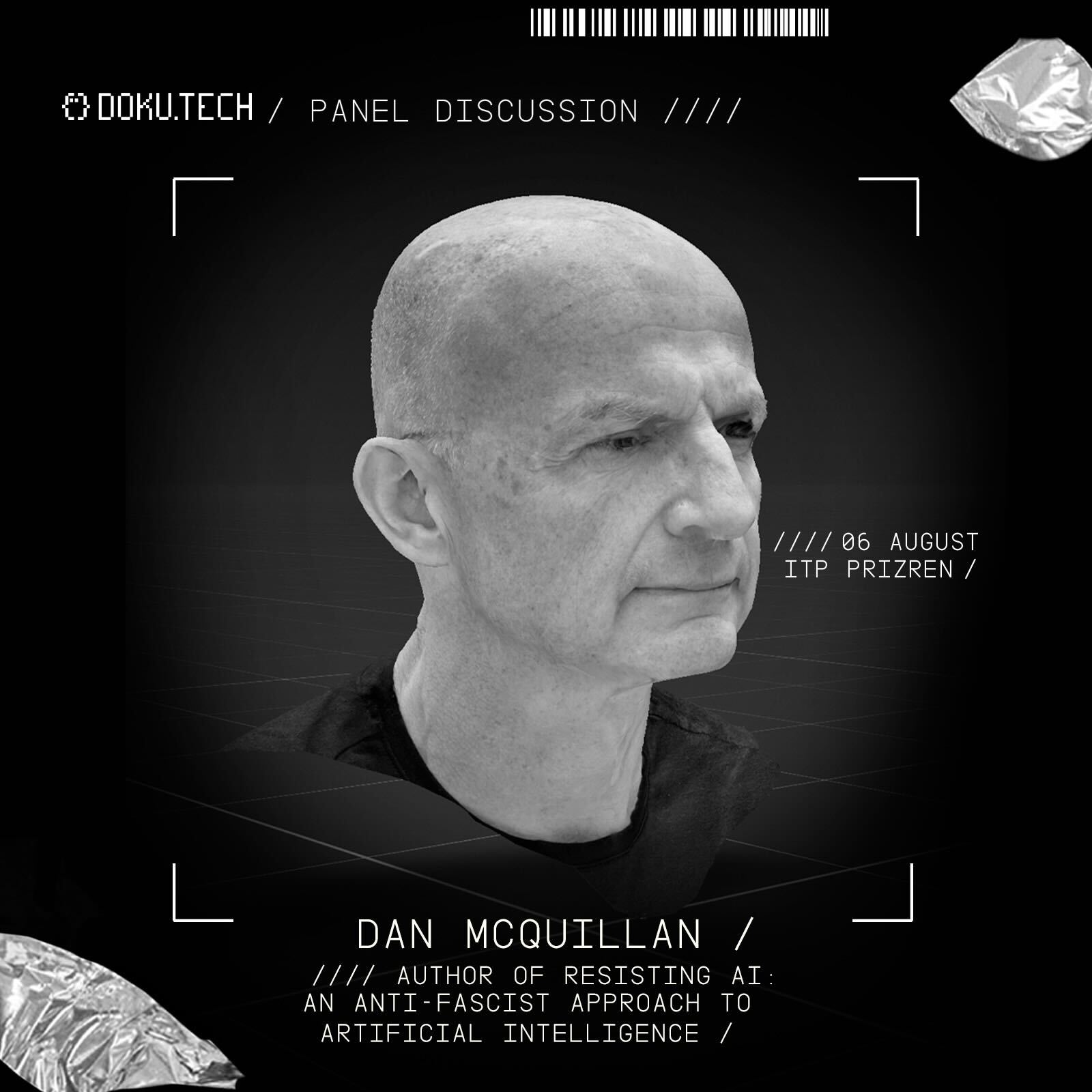 Join us on the 6th of August for the hottest discussion on Artificial Intelligence so far!

We bring exclusively to ITP Prizren the famous author, Dan McQuillan, to get his approach presented in his book “Resisting AI: An Anti-fascist approach to Artificial Intelligence”.

Why is it that bigger and better AI models make a more unstable and unjust world?

AI was supposed to help fix society’s biggest problems, but it’s much more likely to usher in far-right politics and even fascism. In fact, AI is harmful by nature and has already become a kind of algorithmic violence.

In Resisting AI: An Antifascist approach to Artificial Intelligence Dan McQuillan argues for a different approach based on a ‘bottom up’ politics of people’s councils that can not only resist AI but radically restructure it. He argues that the only acceptable future for advanced computation is to support socially useful production and the common good. He concludes that the most innovative thing we can do with AI is to shut it down.

Read the introductory chapter here.
Dan is a Lecturer in Creative and Social Computing. After a degree in Physics from Oxford and a Ph.D. in Experimental Particle Physics from Imperial College, London he worked as a support worker for people with learning disabilities and volunteered as a mental health advocate. Later, he started a pioneering website to provide translated information for asylum seekers and refugees and co-founded a citizen science project in Kosovo. After a stint working in the NHS he joined Amnesty International and created their first digital directorate. Dan has been involved in many grassroots social movements and in environmental activism. He was part of the international movement in Genoa in 2001 which called for alternative globalization that included justice for both people and the planet. During the first wave of COVID-19, he helped to start a local mutual aid group where he lives in North London.

Dan is available for interviews or to write op-eds or blogs. Review copies of the book are available on request.